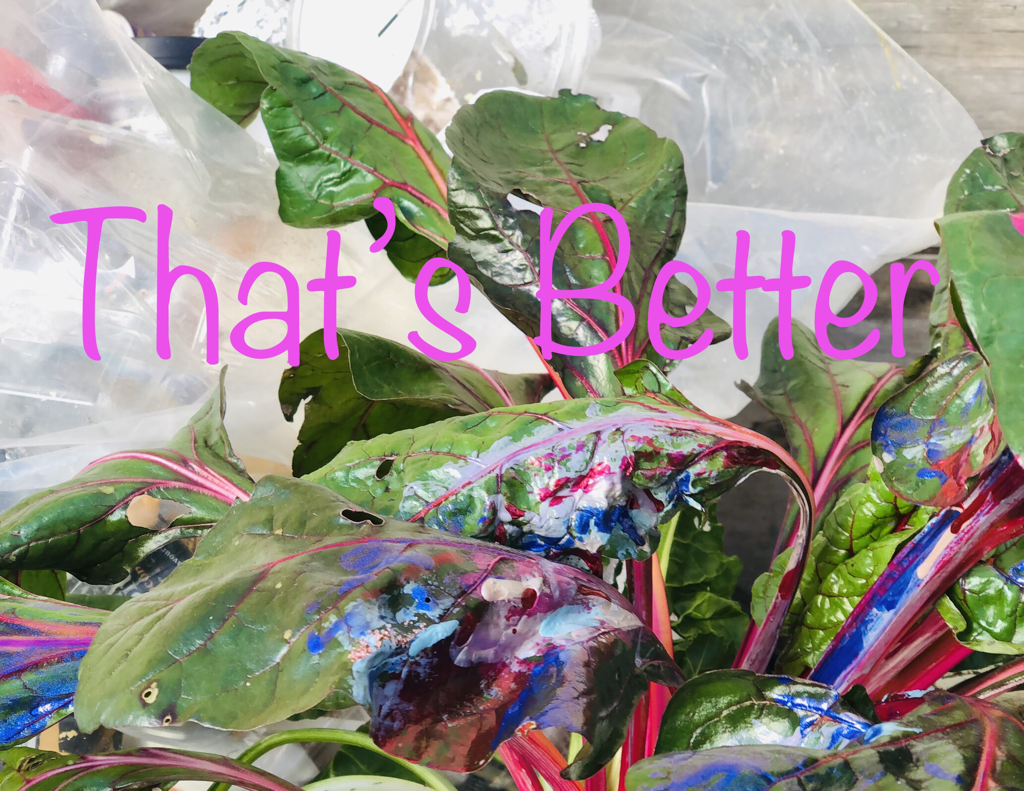 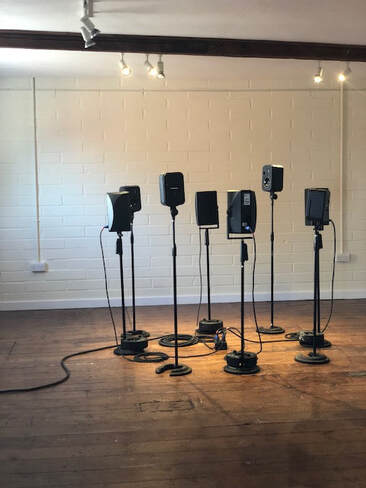 A brief interview with Lesley Dolphin from BBC Radio Suffolk in readiness for the opening of Aldeburgh Festival and my sound installation Suffolk Voices on Friday 8th June 2018. The interview begins at 30 minutes and goes for ten minutes or so. The festival is on from 8th-24th June, I hope you can make it! 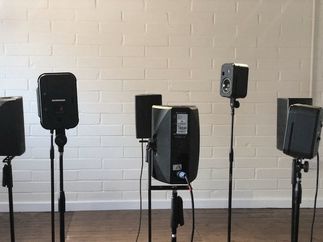 'Suffolk Voices' will feature in the Pond Gallery at Snape Maltings, as part of Aldeburgh Festival of Music and the Arts. This project has taken a few years to form and will be installed as a solo show. The creation of this sound installation, has had much support from Australian and British communities, and without the support of Snape Maltings for their research and development residency last year it would be a very different project.

​Suffolk Record Office have also been hugely supportive and generous in allowing the original recording of the Suffolk Fisherman, from their oral histories collection, to be used. 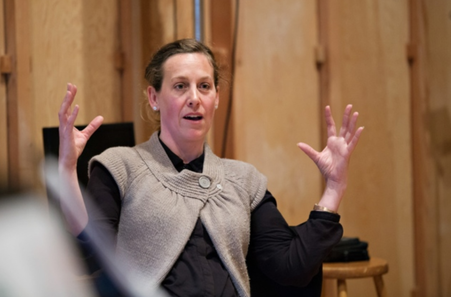 ​The East Anglian Daily Times came to the open afternoon at the culmination of my residency at Snape Maltings and wrote this article.

Thanks to EADT, all attendees, supporters, Snape Maltings, family and friends, who made this possible. 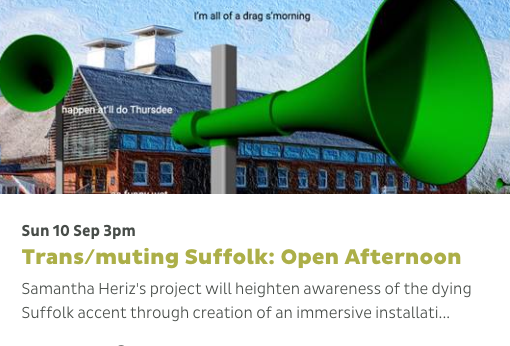 Samantha Heriz is a contemporary international artist, British by origin (Suffolk) and settled as an Australian in rural Victoria.
Trans/Muting Suffolk tells the tale of a dying English accent. Today’s Suffolk residents speak with diverse accents and the voice of Suffolk is changing. This project will heighten awareness of the dying Suffolk accent through creation of an immersive installation of dialect for the general public. Using the Heritage Lottery digitized collection, Suffolk Voices Restored, Samantha will pair current residents to speak the words of turn of the century voices . The same words, with varying voices, will play through speakers to create an immersive soundscape telling of past and present Suffolk.
Following her residency, Samantha invites you to come and explore what she has discovered and to share your own stories of the changing Suffolk accent, both from the perspective of those native to the area and those that have moved to the area from elsewhere. Come for a chat, tea and cake, and an opportunity to see what Samantha has created so far. Joining her will be Suffolk entertainer Charlie Haycock, local enthusiast John Murphy, and the Suffolk Fox, Mavis.
﻿​https://snapemaltings.co.uk/whats-on/transmuting-suffolk-open-afternoon/﻿ 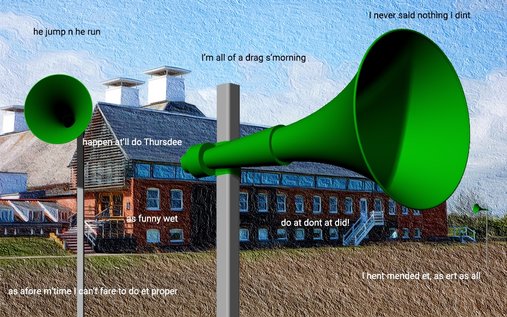 Thank you so much for all those that supported the campaign. I'm very excited to make the artwork for everyone and to be heading to the UK later this year to start to make this work- An immersive sound installation of accent! #savethesuffolkaccent !

If you want to be involved in the project feel free to contact me, below: 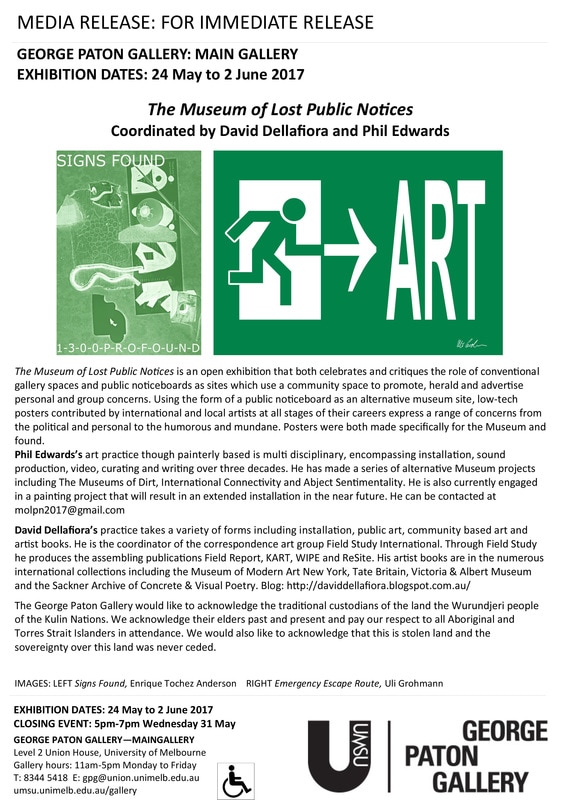 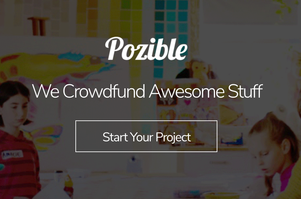 I am lucky enough to have won a mentorship with Pozible and Regional Arts Victoria, to develop crowdfunding for my project Trans/muting Suffolk: The attrition of the Suffolk accent. The project will raise awareness about the dying Suffolk accent, through an immersive sound installation of accent! This project is already being made quietly, but will be fully developed later this year, with a research and development residency at Snape Maltings, a major Music and Arts Organisation in the UK

Yarmouth By The Sea from Samantha Heriz on Vimeo.

The exhibition will launch this weekend, Saturday 25 June to coincide with 1 WOW OF A TIME 😮 ! -  The Great Yarmouth Day Trip (2 -5pm)
Come find us at:
Shop Unit 1, The Jetty
Marine Parade
Great Yarmouth
NR30 2ES


The exhibition presents over 90 works from over 60 artists. Each piece will be available to buy for £25, with all proceeds going towards originalprojects; rolling developments. 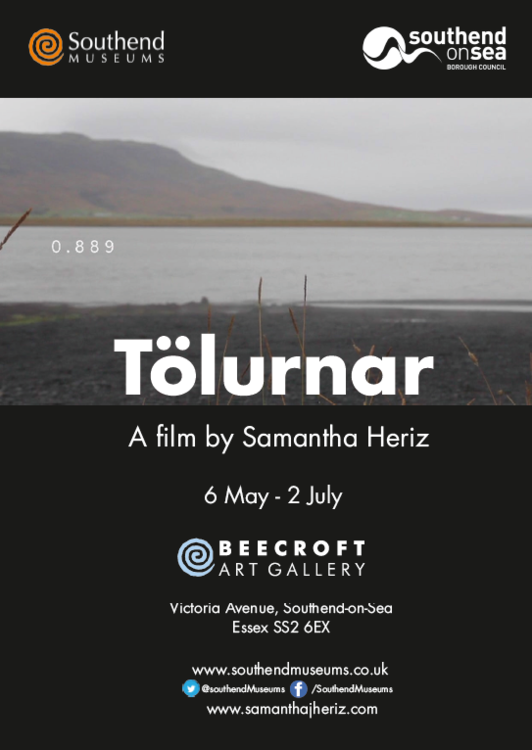 Tölurnar (The Numbers) Screening |  Southend Film Festival | From 24th May 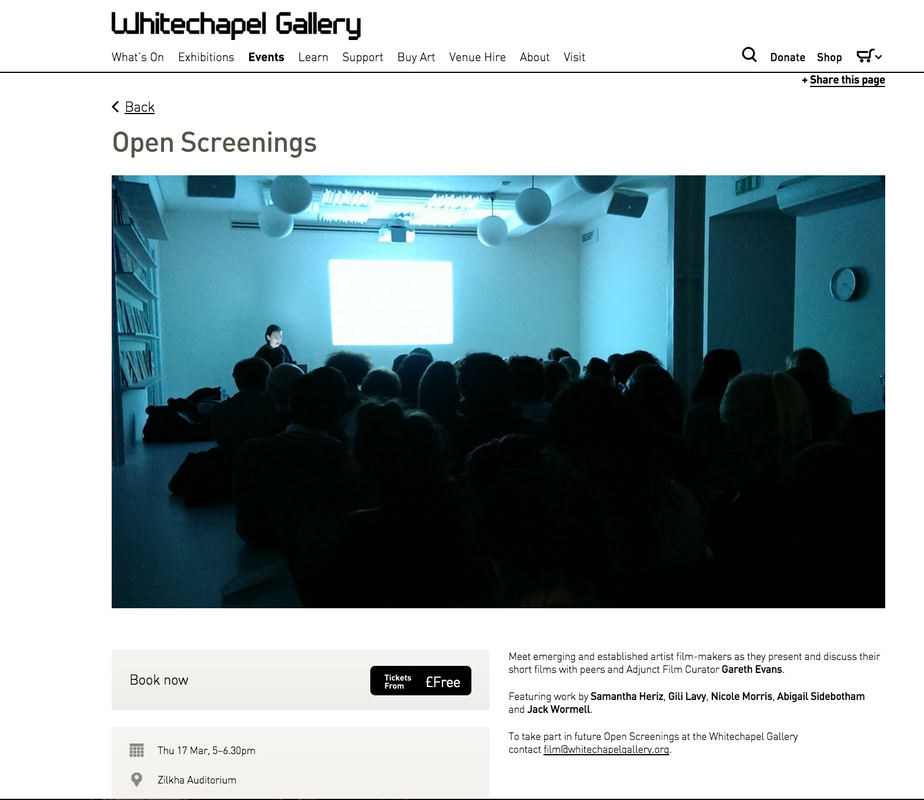 Curiosity has its own reason for existing.

​Preview on 2nd October: My video 'Think Nothing' will be shown. 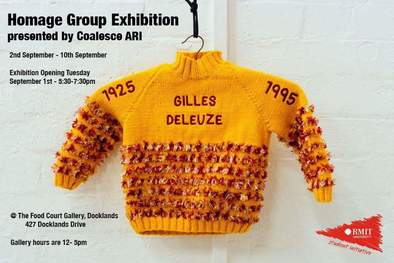 I'll be showing a video as Homage to Chantal Akerman, a great inspiration for my work.


A subtitled video of my work with audio in french and editing techniques from her film Je, tu, il, elle.

Residency for October 2015 in Iceland

'Scores to Life to' will be featured at VOLUME 2015 | ANOTHER ART BOOK FAIR | represented by Brunswick Street Gallery, Melbourne |11-13 September at The Gunnery Building, Sydney.
Now available also on Amazon.com

Scores to Life To: Instructional, Text and Word Art by Samantha J Heriz | Make Your Own Book 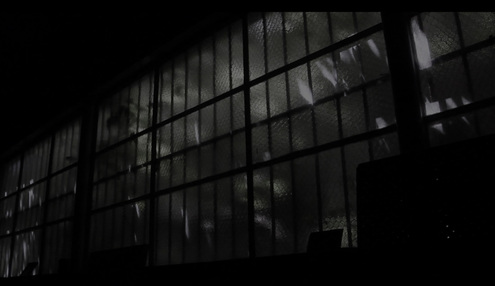 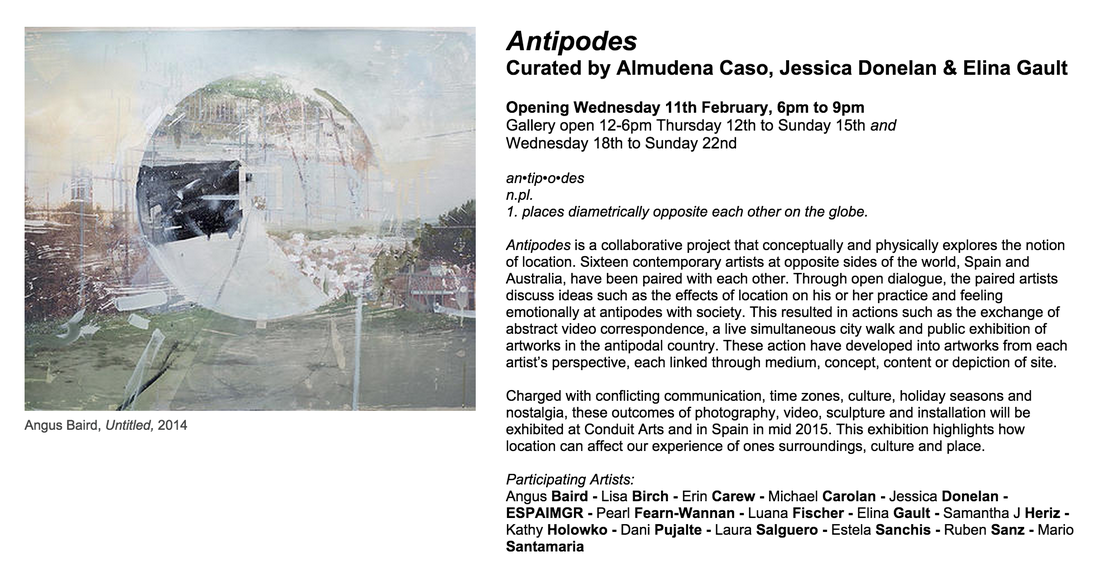 February 2014
//ANTIPODES ARTISTS ANNOUNCED//
'Congratulations to the participants of Antipodes. There was such an amazing response to the call for artists, unfortunately not everyone was able to be included. 16 artists living in Spain and Australia were arranged into 8 pairs. All show a strong link in some part of their practice which will make for an engaging collaborating and mentoring process.' 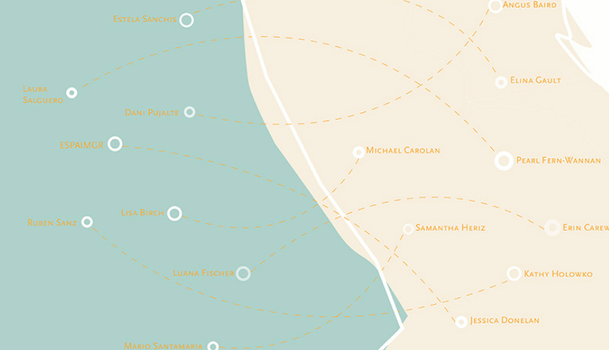 Antipodes is a collaborative project between artists living in Spain and Australia that compares the experience of location from the viewpoint of artists living at opposing sides of the world. Paired artists will have a paralleled aspect of their practice such as medium, concept, desired audience; providing the artists with the possibility to discuss, workshop and respond to each others environment, practice and project.

Each artist will produce a work in any medium responding to the theme Antipodes, at the same time artists will support each other as mentors. Resulting works are to be included in a touring exhibition in Spain and Australia in early 2014. Antipodes project and exhibitions will be co-curated by Almudena Caso, Jessica Donelan and Elina Gault. 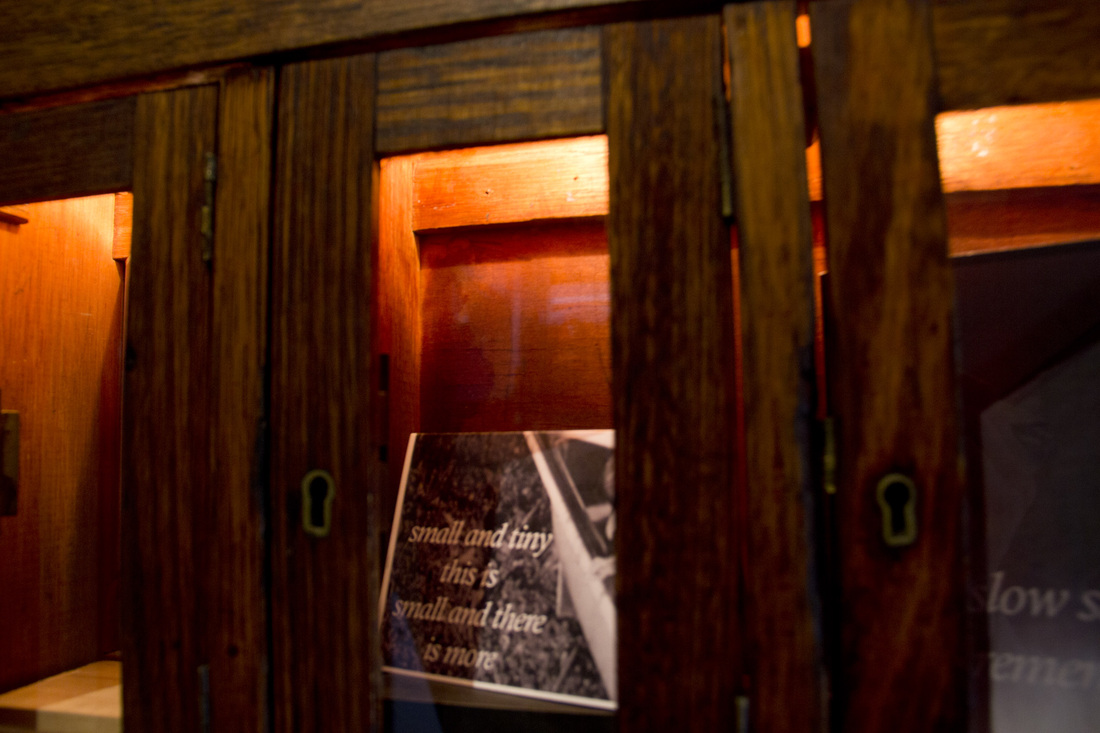 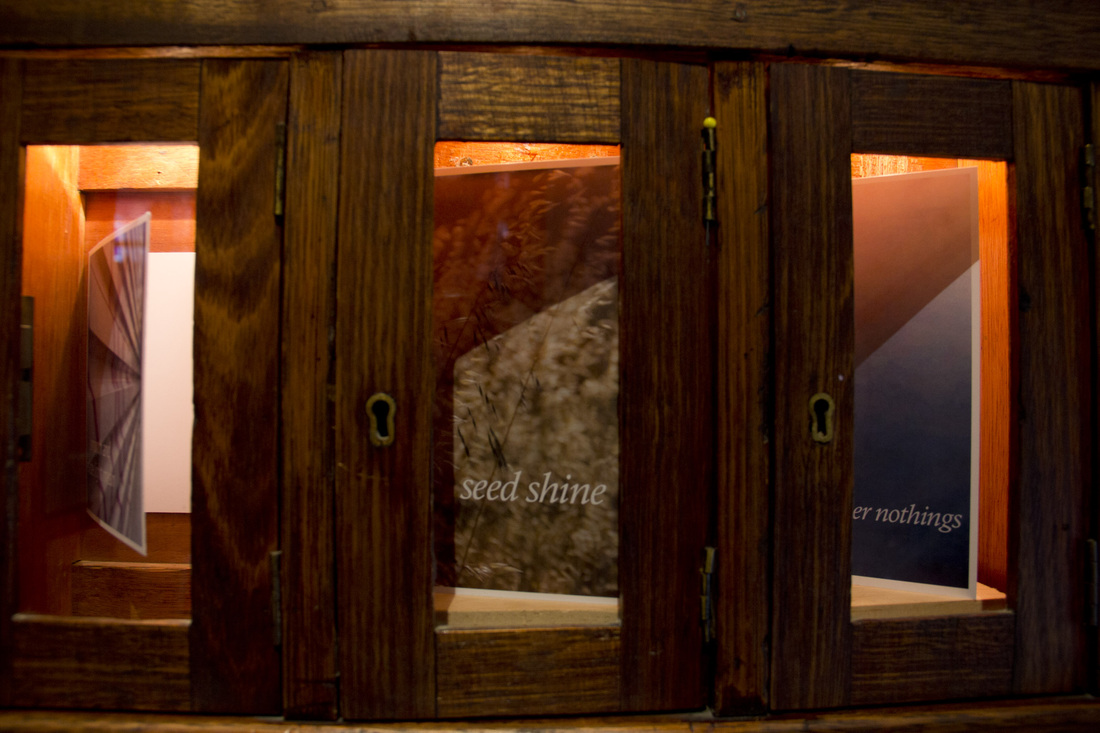 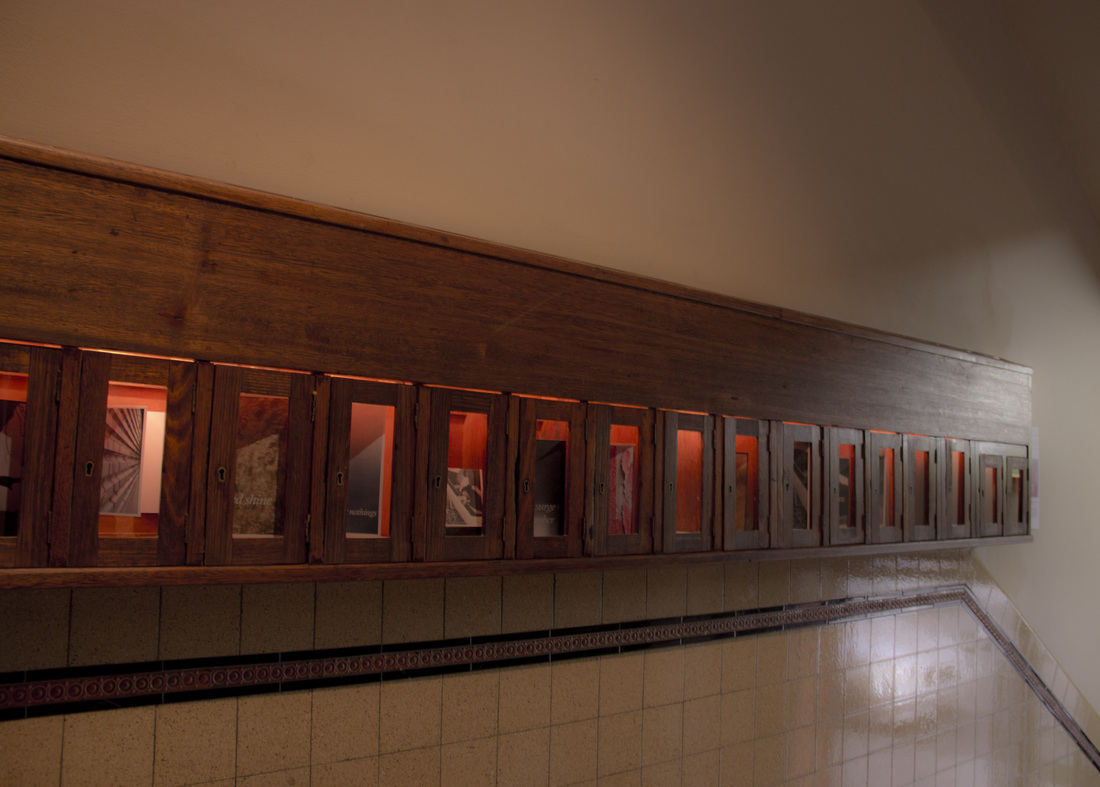 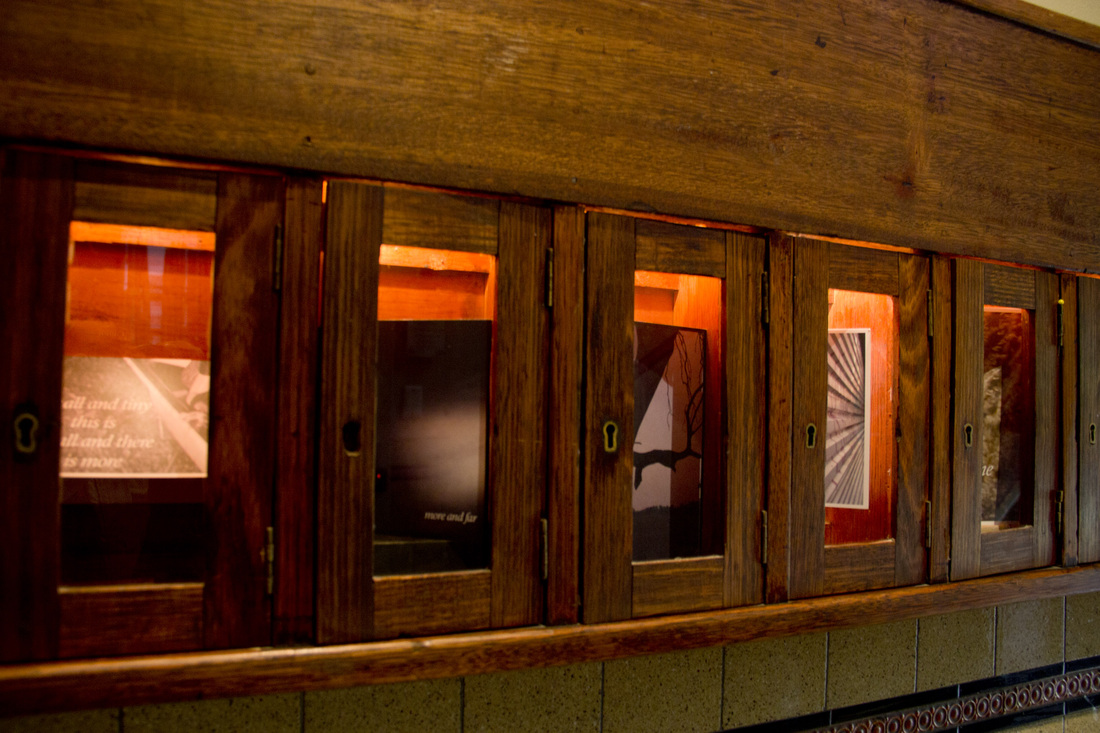 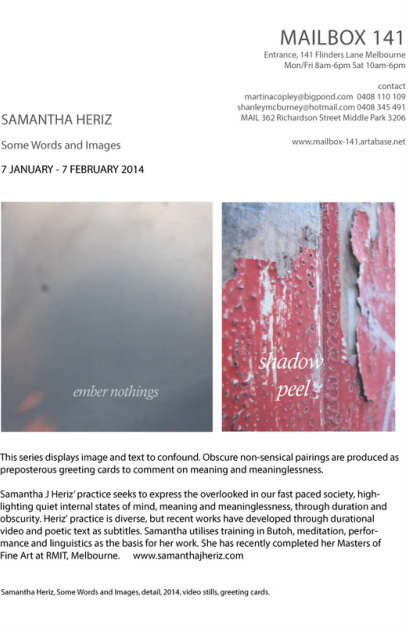 THINGS WILL BE A LITTLE QUIET HERE, WHILST I FOCUS ON FINISHING MY MASTERS IN FINE ART... BACK NOVEMBER!
Some good news: Gulkistan, Iceland residency: I've been accepted for May 2014, great news! Here's their website...http://www.gullkistan.is
July holidays... both exhibitions were a great experience and are now over... check out my latest work 'Five more' in the video projects section
Powered by